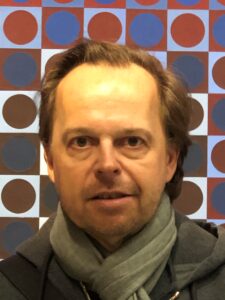 Stéphane St Onge is a Canadian tax lawyer by profession and an outdoorsman who loves tennis and alpine skiing. He is the general counsel of the Bahamian wealth management company 25’77’ Management Ltd, a wealth advisory firm serving high net worth individuals. The firm is based in Nassau, The Bahamas since 2014.

He joined the Quebec Bar Association in 1985 and has also been an active member of the Society of Trust and Estate Practitioners (STEP), since 2001.

Previously, he was appointed as the Director of the “Société Générale de Financement” of the Government of Quebec (SGF), from 1996 to 2000.

Also from 1997 to 2000, Stéphane was selected as the Director of the “Centre de Recherche Industrielle du Québec”.

In addition to such appointments, he served as the Commissioner of the Quebec Commission on Fiscal Imbalance, from 2001 to 2002

Besides his passion for tennis and skiing, he is an avid fan of golfing and is a member of the Bahamas Golf Federation.  Stéphane St Onge is among the ranked players of the International Tennis Federation (ITF).