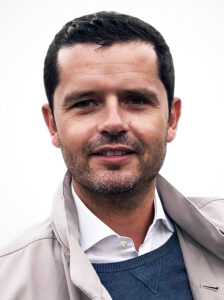 Benjamin Gunst has more than 19 years’ experience in the private banking industry. He worked for 6 years at the Paribas, Banques Polpulaires, highly reputable international financial institution based in Luxembourg.

In 2005, Mr Gunst became Vice-President at Société Générale Hambros (SG Hambros) in The Bahamas. He was in charge of a portfolio of European and Canadian High Net Worth clients with USD 200 Million under management.

In 2007, Mr Benjamin Gunst launched Tundra Finance, a wealth management company for high net worth individuals and families in Canada. Later on in 2009, he launched Tundra Capital Management a UCITS IV Mutual Fund.

In 2014, Mr Benjamin Gunst moved back to The Bahamas to launch 25’77’Management Ltd in partnership with Stéphane St-Onge, a consulting firm advising high net worth individuals and families.

He set up Petrus Private Bank in Saint Lucia in 2016 and became the Chief Operating Officer of the Bank.

Benjamin Gunst is among the ranked players of the International Tennis Federation (ITF).